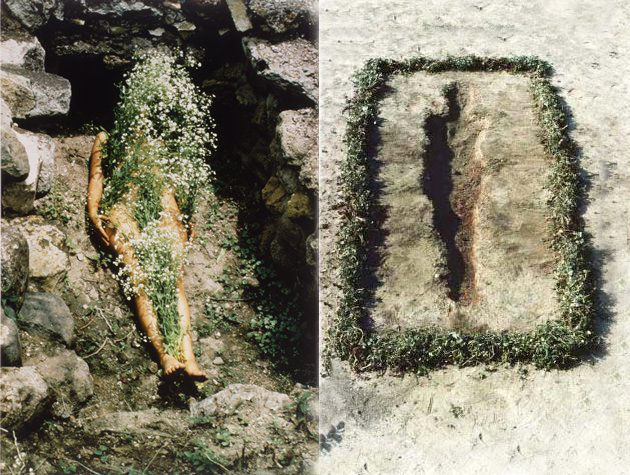 This book is a little bit off topic from my theme. Still, it’s a book I’ve wanted to read for a while. The book is about an artist and her exile as an artist and Cuban living in the U.S. It really deals with issues that I feel relate to being a woman of color in a creative field.

Ana Mendieta was a Cuban American performance artist that focused on earth works, video art, issues of identity, and violence against women. What was important about her is that she did doing groundbreaking work in the art scene of the 70’s by focusing on race and gender when mainstream feminist discourse was all about white women’s issues. There was also a lot of suspicion around her mysterious death. Many believe that her husband, Carl Andre killed her but he was never prosecuted. Later in the 90’s, the Guggenheim Museum in New York featured an exhibit on modern art that included manly white men, including Andre. People were outraged that Mendieta’s work wasn’t included even though she was very influential. So, the Women’s Action Coalition protested in the streets with signs saying, “Where is Ana Mendieta?”

Her story is important because she was erased from history in many ways. She’s never mentioned and the questions behind her death were never resolved. When I think about Mendieta and look at her work, I think about how being a woman of color, or being queer marginalizes you from history, from the mainstream, and from being valued for your work. It’s very similar to my experience researching Latina filmmakers. It’s really difficult to find their work. Many of their movies are never at video stores even ones like Vulcan Video, that have so many nonmainstream films. I know that the stores can’t carry everything, but its not like these are obscure foreign films that need a lot of attention before there reach U.S. audiences. They are films made here in the U.S. and have a large following from the initial screening and people in the film crowd don’t even talk about them. This book really tries to correct this problem.

Jane Blocker comes from an art history field so she analyzes the meaning of Mendieta’s art based on what other artist where doing at that certain time period. She also applies some feminist theory to her analysis. She mentions Judith Butler’s idea of the performance of our gender identity, Gloria Anzaldua’s concept of the symbolic borderland, postmodernism, and postcolonialism.

In Where is Ana Mendieta?, Blocker does a good job of interpreting her work and criticizing Mendieta’s exclusion from history.  I learn many interesting things about her work. She did performance work because she didn’t like the idea of the gallery and how that defines whether or not you work in actual art. So Mendieta reacted in a way to things she believed or was questioning and made a performance out of it.

For example, after a female student was killed at her university, she was so outraged that she told a large group of people to meet her in the woods. When they got there she was half lying in the ground with fake blood and her clothing all ripped in strategic places. One work by Mendieta that I really like is one where she is underneath the grass breathing so it looks like the grass is breathing. She also had a Silueta Series where she went to different places and created a silhouette of her body.

Her work might seem weird but I really appreciate is for how autobiographical it was. It reflected her identity but also her views on society.

2 thoughts on “Where is Ana Mendieta? by Jane Blocker”