On Monday, October 3, 2011 Marcos Perez, Pamela Neumann and Katie Sobering discussed their summer field research in Argentina and Peru. Thanks to faculty and students who engaged the panelists in a lively conversation, prompting the expansion of brownbag format to allow for an hour or more of discussion after presentations. Read more

Roderick Ferguson – “The Reorder of Things: On the Institutionalization of Difference”
Thursday, October 6, 2011 at 3:00 p.m. in SAC 1.118
Reception will follow the conclusion of the lecture.

In this talk, Dr. Ferguson critiques the production of normativity as modern institutions incorporate racialized, gendered, and sexualized differences. By centering gender and sexuality, his work offers a framework for analyzing racial formations as heterogenous and anti-essentialist.

Roderick Ferguson is Associate Professor and Department Chair of American Studies at the University of Minnesota, Twin Cities. He is the co-editor of Strange Affinities: The Gender and Sexual Politics of Comparative Racialization and author of Aberrations in Black: Toward a Queer of Color Critique.

The Sociology Race and Ethnicity Group will also host Dr. Ferguson at its October meeting the following day to engage a discussion of select chapters from his new work, Strange Affinities: The Gender and Sexual Politics of Comparative Racialization, co-edited with Grace Kyungwon Hong.

A recent blog article here and news articles here and here report on the ongoing protests that have occupied Zucotti Park in lower Manhattan’s Wall Street financial district. Modelled on and inspired by the recent events of the “Arab Spring,” this organized anti-capitalist protest aims to occupy and shut down Wall Street, in protest over the excessive greed of Wall Street and its involvement in US and world politics. Some speaking for the protesters say the goal is to mount a permanent protest and highlight the failure of big business and the government to propose serious solutions to the problems the country (and the world) are facing in the current economic crisis.

While it is too early to fully understand this leaderless and seemingly amorphous social movement, some initial observations indicate the ways in which it is similar and dissimilar to the Arab revolts in Tunisia and Egypt that inspired it. First, the Wall Street protests have been aided even more by social media technology than their Arab counterparts, and have drawn in some people from around the country and not only New York City.  Second, the common denominator among the protesters seems to be that they are young, “over-educated, under-employed, and angry” as the British newspaper The Guardian put it here. This is not so clearly the case in the Arab protests, which enjoy a much broader representation in society. To a certain extent then, we can say that these Wall Street protesters are middle class (read bourgeois) protesters with a curiously leftist and anti-capitalist message, and until now at least they have not yet been able to draw in the much broader participation of lower socio-economic classes, although they may have their sympathy. At first glance, this might lead us to question Marxist assumptions about whether intellectuals and activists generally act in the interest of their class. However, a closer look at some of the signs and slogans held aloft by the protesters may indicate that there are many sub-segments of the bourgeoisie who aren’t being well-served by the current economic system. The fact that students loans have recently surpassed credit-card debt as the largest source of debt in American society, at a time when unemployment is at its highest level in years means there is a “critical mass” of disaffected youth who no longer believe current social, political and economic arrangements hold promise. However, a couple of “critical” questions are: “How critical?” and “Critical for what?”

Whatever the outcomes of these Wall Street protests and their occupation of Zucotti Park, renamed “Liberty Park” in homage to Egypt’s Tahrir (Liberty) Square, this should be interesting fodder for Sociologists interested in social movements particularly in the context of globalization and social media’s rapid spread of ideas. 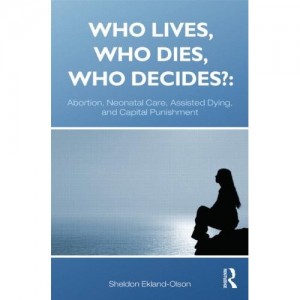 A recent blog article by Nasos Mihalakas, entitled China’s Efforts to Internationalize its Currency resonated strongly with the recent course readings I have been doing for Mounira Maya Charrad’s course on Comparative Historical Sociology. In this class we have been working our way through Barrington Moore’s magnum opus, Social Origins of Dictatorship and Democracy: Lord and Peasant in the Making of the Modern World.

Moore’s central argument builds on a Marxist class analysis framework, arguing however that there are no foregone conclusions when it comes to the origins of political regimes and that the particular material economic and political conditions of a country at a crucial historical moment will largely determine whether the outcome is something akin to democracy, fascism or communism.

Although the foreign meddling of Europe in China’s politics and economy is not a central feature of the more domestically oriented argument in his chapter on China, he does remind us of how quickly the Chinese Imperial system crumbled in just a century and how the margin for manoeuvre of the rulers at that time was severely restrained by onerous treaties imposed by the British, which basically placed Chinese foreign economic and trade policy in the hands of foreign capitalists.

While this has served China well for export-led growth, it seems China’s government believes this reliance on the dollar has led to some of the recent instabilities in the world economy, and we may be entering a new era in which Chinese currency is becoming increasingly internationalized as a possible counter-balance or alternative currency to the dollar.

This has major implications for the world economy in the current globalized context, but its dimensions could not possibly be fully understood without some reference to the historical context of the past two centuries and how China’s economic and trade policy was run at that time, something which Barrington Moore makes abundantly clear.

This short post isn’t a sufficient space to flesh out these ideas further, but this brief excerpt below gives an idea of the main thrust of Mihalakas’ article, and I thoroughly recommend a look at Barrington Moore’s Chapter IV: “The Decay of Imperialist China and the Origins of the Communist Variant.”

The Chinese government pegs the RMB to the dollar so the powerful and wealthy export sector can continue selling in Europe and America (and thus employment stays high).  The government also maintains strict capital controls in order to prevent inflation from hurting the vast lower and middle class.  China’s currency has become a modern-day opium, and the authorities have been searching for a way out of their current economic model which relies on growth from an undervalued currency and capital controls.  Internationalizing the RMB offers one such exit.

Eventually, wider use of the RMB outside China could redefine the balance of power in global currency markets, as the rest of the world begins trading more RMB-based assets and settling its bills with China in RMB instead of the U.S. dollar.  Beijing gets to keep its currency system, while gaining economic leverage and diplomatic legitimacy around the world.

See the link to Mihalakas’ article above.

Of course, more recent scholarship is also necessary to bridge the gap between the pre-communist and the current hyper-capitalist phases of China’s history. Still, the historical comparison seems an interesting one.

Back in 2004, then-president of the American Sociological Association Michael Burawoy sparked intense debate with his call for a renewed public sociology. In his introduction to the Italian translation (Sociologica 2007) of his published remarks to the ASA conference (“For Public Sociology”), he notes that in other parts of the world (he cites South Africa but this is also historically true in Latin America) that the common division made in the U.S. between “professional,” “policy,” “critical” and “public sociology” is often blurred or even non-existent.  In an increasingly globalized world, does it make it sense to approach the sociological discipline (and “division of labor”) from a more international perspective, as Burawoy suggests? Furthermore, is the role of our academic labor to “defend…human society from market tyranny and state despotism” (Burawoy 2007: 12) or, should we be content with more modest aims–the production of reliable data, for example (see Tittle 2004)?

These are some of the complex questions that–like so many scholars before us–my peers and I are grappling with as the fall semester begins. I suspect the answers will defy discovery, but in the meantime, this is a conversation that is worth continuing.

Introductory courses on stratification, at both the undergraduate and graduate level, typically include a discussion of the classic correspondence between Kingsley Davis & Wilbert Moore and Melvin Tumin that took place over the pages of ASR between 1945 and 1953. I was originally exposed to this theoretical debate, which may well be one of the most famous in the history of sociology, in an Introduction to Sociology class during my freshman year in college. I distinctly remember the underlying subtext demarcating Tumin’s conflictual arguments as superior to the functionalist approach of his contemporary peers. Structural-functionalism was dead to us before we even realized what it was.

Several years later I came across the same correspondence during a graduate seminar on stratification here at UT. The second time was only slightly different, as this time I read not only the two original articles but also Davis’ response to Tumin. This happened by pure coincidence – unintended by me or the professor who taught the seminar – as Davis’ response simply followed Tumin’s seminal paper in the very same issue of ASR. Intrigued by the continuing correspondence I went on reading the extra few pages, only a couple of mouse clicks away on JSTOR.

In any case, the slight difference of reading the response to the response transformed it, at least for me, from an almost “evolutionary” sequence of theories to a living, breathing, and contested correspondence. I have to admit, I found Davis’ response to be quite dull – except for one major argument. According to Davis, the disagreement with Tumin stems from a misinterpretation (or an alternative definition) of the concept of stratification. While Davis & Moore’s original article focuses on the question of stratification of social positions, Tumin’s article focuses on the stratification of individuals in society. Read More