UT Austin sociology doctoral candidate Katherine Hill has written about her dissertation research findings for Work in Progress on the experiences of people with disabilities who work in the gig economy.

During the recent government shutdown, approximately 800,000 workers went without pay. Some government workers turned to gig work to make ends meet: Twitter is filled with stories of workers who began driving for Uber or Lyft during the shutdown as a stopgap measure.

Government workers are not alone in turning to gig work to make ends meet. The government shutdown is one example of systemic failures that leave many Americans without a safety net. In an ongoing study, I find that people with a disability also turn to gig work to get by. People with disabilities do gig work because they need a flexible job that allows them to stop working when they can no longer work that day, and to take breaks as needed. […]

Many gig workers experience income volatility, not knowing how much they will earn in a given week and unable to meet their expenses as a result. Additionally, gig workers are not given benefits like paid sick leave, and they are only paid for the time spent completing a task. For example: rideshare drivers are not paid to drive to the passenger when picking them up or to wait for the passenger if they are running late. […]

Despite financial hardships and health issues, many of the people I interviewed said that they will continue to do gig work, for one main reason: for most, there is no other option. Even Jonathan, recovering from multiple heart surgeries, said, “I figured if I can sit in front of the TV, then I can sit in the car and drive. It hurts my chest a lot to drive. But I still do it because there’s nothing else.”

To read the full piece, see Work in Progress.

Katherine Hill is a doctoral candidate in the Department of Sociology at the University of Texas at Austin, where she is also a Population Research Center trainee and Urban Ethnography Lab Fellow. Her research examines issues of inequality at the intersection of work and organizations, race and identity, and health and healthcare. Katherine’s dissertation uses mixed methods to examine the material and cultural characteristics of the gig economy that contribute to inequality.

El Orejón, an isolated rural community in the northern Colombian department of Antioquia, is slowly emptying out. A few years ago, 88 people lived on family farms on the valley walls above the Cauca river. Only 48 remain. The neatly cultivated plots of corn, beans, coffee, sugar cane, and yuca of the families still there stand out from the abandoned lands that the jungle is gradually reclaiming. But in contrast to the classic model of rural communities abandoned by the state, the Colombian government has invested significantly in El Orejón, a crucial area for Colombia’s peace process.

El Orejón was the site for the 2015 demining program that marked the first collaboration between the Colombian government and the Revolutionary Armed Forces of Colombia (FARC), before being chosen during negotiations of the peace accord as one of 11 hamlets in the municipality of Briceño to launch the pilot coca substitution program in 2017. Little more than two years ago, coca plants covered the hillsides above the river. Now the plants are gone, pulled out voluntarily by local campesinos seeking a transition to legal agriculture.

As El Orejón declines, a settlement across the river, complete with tennis courts and swimming pools, has emerged in the last ten years. This is the camp for workers who are constructing Hidroituango, the largest hydroelectric dam project in the history of Colombia, which lies directly below El Orejón. Public Enterprises of Medellín (EPM), the public-private partnership that is building Hidroituango, has recently come under fire for illegal and irresponsible construction practices with disastrous consequences. In May 2018, a tunnel built to divert river waters during the construction blocked up for weeks and then subsequently burst, leading to massive flooding that displaced 25,000 people in downstream communities.

But the displacement in El Orejón and other communities near the project has nothing to do with flooding or engineering mistakes. Instead, these communities speak to a deeper and less discussed aspect of the Hidroituango project: the way it has disrupted local livelihoods, primarily by limiting their access to the river. This exclusion goes hand in hand with coca substitution and the peace process. Together, they comprise a broader process of pacification in the region that at first deployed violence, and now peace, to serve elite interests at the expense of campesino ways of life. […]

Alex Diamond is a Sociology PhD student at the University of Texas at Austin. His research seeks to understand the local experience of the post-peace agreement transition in rural areas of Colombia with a long history of insurgent control. Based on interviews and in-depth ethnographic participant observation in the northern Antioquian village of Briceño, his work centers on three major themes: the implementation of the peace accords, particularly the parts that are related to coca substitution and rural reform; the intersection between the peace process, rural dispossession, and mining and energy megaprojects; and the emergence (or lack thereof) of campesino resistance and organizing.

Four distinguished scholars from outside of the University of Texas are visiting the Department of Sociology in the Fall and Spring semesters of 2019/2010 to participate in the graduate student-organized speaker series “Transnational Ethnography: Interconnected Lives and Social Processes.” This series features scholarly research that uses qualitative, especially ethnographic approaches, to study transnational processes and social lives. Their projects span across a wide range of contexts, such as Latin America, North America, East and South Asia. They explore how histories, politics, and human experiences in different national and social contexts are interconnected in the age of globalization and large-scale human movements. These projects not only expand the scope of phenomena more commonly studied in single-country contexts, but their unique methods also bring innovative transnational perspective to social science in general.

In the Fall 2019 semester, two speakers are visiting to give the following talks and workshops: 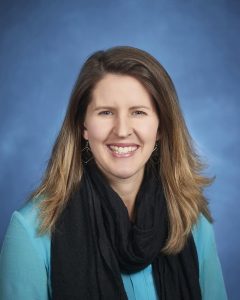 Rebecca Tarlau is an Assistant Professor of Education and Labor and Employment Relations at the Pennsylvania State University. Her work examines how class, race, and gender hierarchies are reproduced through schools, as well as how social movements use education to contest these inequalities. Rebecca’s forthcoming book, Occupying Schools, Occupying Land: How the Landless Workers Movement Transformed Brazilian Education (Oxford University Press), explores the Brazilian Landless Workers’ Movement (MST) and the attempt to transform public education across the country. This work analyzes the micro-politics of grassroots educational reform, that is, the strategies activists use to convince state actors to adopt their initiatives and the political and economic conditions that affect state-society interactions. Her current research project compares teachers’ movements in Brazil, Mexico, and the United States, examining the conditions and strategies that enable teachers and their unions to transcend narrow economic interests and participate in broader struggles for social justice. 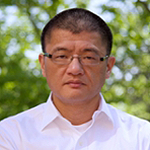 Bin Xu is an Associate Professor of Sociology and China Studies at Emory University. His research focuses on collective memory of revolutionary China, cultural sociology of civic life, disaster research, and social movements. His award-winning book, Compassionate Politics: The Sichuan Earthquake and Civic Engagement in China, examines the unprecedented wave of self-organized civic engagement involving hundreds of thousands of Chinese citizens in the aftermath of the 2008 Sichuan Earthquake. Currently, he is working on a book project, Chairman Mao’s Children and China’s Difficult Past: Generation and Memory. The book examines the memory of China’s “zhiqing (知青)” (short for zhishi qingnian, the “educated youth”) generation—the 17 million urban, secondary school graduates were transferred to settle in villages, semi-military corps, and state farms in the 1960s and 1970s.

In the Spring 2020 semester, two speakers are visiting to give the following talks and workshops: 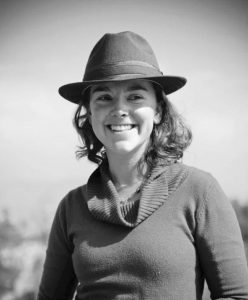 Abigail Andrews is an Assistant Professor of Sociology and Urban Studies at the University of California-San Diego, and the co-director of Mexican Migration Field Research and Training Program in UCSD. Her research interests are in gender, migration, state power, and grassroots agency. She particularly focuses on the struggles of marginalized groups in Mexico and the United States, including indigenous peasants, deportees, and undocumented immigrants. Her well-acclaimed book, Undocumented Politics: Place, Gender, and the Pathways of Mexican Migrants (University of California Press 2018), examines the communities’ struggles for rights and resources across the U.S.-Mexico divide. 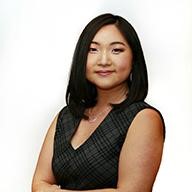 Hae Yeon Choo is an Associate Professor in the Department of Sociology at the University of Toronto. Her research centers on gender, citizenship, transnational migration, and urban sociology to examine global social inequality. In her empirical and theoretical work, she employs an intersectional approach to social inequalities, integrating gender, race, and class in her analyses. Her latest book, Decentering Citizenship: Gender, Labor, and Migrant Rights in South Korea, is a multi-sited and comparative ethnographic research that offers an account of how inequalities of gender, race, and class affect migrants’ practice of rights through studying three groups of Filipina women in South Korea. Her previous works include “The Cost of Rights: Migrant Women, Feminist Advocacy, and Gendered Morality in South Korea” (Gender & Society 2013), and “The Transnational Journey of Intersectionality” (Gender & Society 2012).

The “Transnational Ethnography” speaker series is part of an ongoing student-led initiative in the Urban Ethnography Lab called “Ethnographic Approaches,” which was established with the support of the Academic Enrichment Fund. In the 2018-2019 academic year, the “Critical Criminology” speaker series brought prominent scholars from across the U.S. to campus, including Nikki Jones (UC-Berkeley), Cecilia Menjívar (UCLA), and Guadalupe Correa-Cabrera (GMU).

This speaker series is organized by hosted by UT Austin graduate students Chen Liang (PhD student) and Ruijie Peng (PhD candidate). It is hosted by the Urban Ethnography Lab and generously supported by the Academic Enrichment Fund, Asian Studies Department, Center for Asian American Studies, Center for East Asian Studies, Center for Mexican American Studies,  LLILAS and POSCO Chair in Korean Studies Endowment. If you need more information or would like to volunteer to support the events, please contact the student organizers Chen Liang (chenliang1224@utexas.edu) and Ruijie Peng (ruijie.peng@utexas.edu).

Ruijie Peng is a PhD Candidate in the Department of Sociology at the University of Texas at Austin. Ruijie researches labor, gender, race and ethnicity, political economy, development, global and transnational sociology. Her current research is a 15-month ethnographic study of home support and women’s labor against the backdrop of rural-urban migration in southwest China.