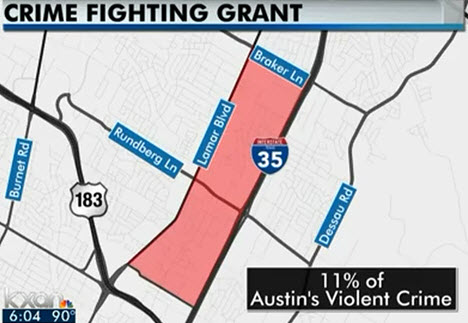 Recently, the Austin Police Department was awarded funding from The Byrne Criminal Justice Innovation Program, a program begun by the Department of Justice to help facilitate place-based, community oriented strategies to address neighborhood crime.  As part of their proposal, APD has involved the UT Department of Sociology in the planning and evaluation steps of this multi-year project.  We sent our intrepid blog editor to interview Dr. David Kirk, Associate Professor and lead researcher on the project, to find out more.

Why did APD decide to involve the UT sociology department?

Well, they were looking for research partners that had some experience with community crime prevention and neighborhood development and I had contacts at APD who were aware of my research.  A core piece of my research agenda is understanding the relationship between crime and community conditions.  APD knew I was familiar with the White House Neighborhood Revitalization Initiative through some work I have done with the National Institute of Justice.  So I am familiar with what the Department of Justice and the Bureau of Justice Assistance want to accomplish through this grant program.  Additionally, given my research background, I can help them both design a crime prevention program and evaluate it after implementation.

This project is specifically focusing on the area north of 183 around Rundberg Lane.  Why was this area targeted?

The nature of the grant program is to identify a neighborhood in a given urban environment that accounts for a disproportionate amount of crime in a given city.  So when APD and I developed the grant proposal, we looked at neighborhoods where crime concentrates.  Here in Austin, the crime rate is fairly low compared to the crime rate in other urban areas, but it’s very concentrated and the Rundberg area is one of the extreme pockets of crime in the city.  So the decision was kind of made for us based upon the distribution of crime.

Definitely!  The particular strategy that we’ll end up applying in the Rundberg area won’t apply everywhere of course, but certainly place-based strategies do work and not just in areas where there are high rates of crime.

One of the goals of this project is to not just reduce crime rates, but to “empower residents” of the neighborhood.  Why shouldn’t these funds just go directly into enforcement and surveillance?

Because if you just spend the money on enforcement and surveillance it’s not developing community capacity like it needs to.  So the idea is that after a three year period – a year of planning, a year of implementation, and a year of evaluation – the project funds will go away but the effort will be self-sustaining because the collective capacity of the neighborhood has been built up.  It’s not just about reducing crime; it’s also about building collective efficacy in the community so that you have residents and the police and the DA and community organizations all working together.  So we want to establish social network ties, establish working relationships; therefore even when the money goes away, they’ve got an institutional framework for continuing to fight crime. 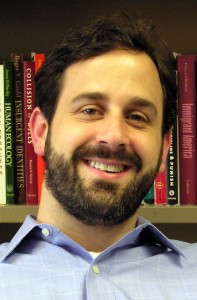 It can be as simple as encouraging residents to report crimes or to start neighborhood watch programs.  Yet a specific motivation for this grant program is to directly involve the community in the planning process.  That empowers residents.  They will work with city leaders, community organizations, and UT to analyze the problems in the community and figure out what solutions make sense.  Ultimately, if we just rely upon the police to control crime then we’re not capitalizing on the fact that there are all these other entities that could help out.

Well, I’m definitely not talking about vigilante justice where you arm residents and have them go out and fight crime! [laughs] But I AM talking about empowering residents to work with the police.  For example, one characteristic of a lot of communities that have high levels of crime and socioeconomic disadvantage is that relationships with police are characterized by a lot of animosity and distrust.  But if you bring the police and the residents in a collective process that’s designed to address community problems and they start talking, they realize it’s possible to reach common goals by working together.  So part of the project is to work at reducing this distrust between the community and the police.  And that goes a long way towards lowering crime.

That makes sense.  What about the community of social services?  How will they be involved in this?

They will be directly involved.  One of the big issues in the Rundberg area – and this applies to a lot of urban neighborhoods – is concentrated prisoner reentry.  You’ve got a lot of folks coming out of prison going back to neighborhoods and often times there’s not a great understanding of what kind of resources are available to help these folks reintegrate back into society and furthermore, a lot of the time the community itself may not even understand their needs.  So we want to have the community communicating to individuals what kinds of resources are available.  For example, “here’s an organization that provides job training for free,” or “here’s a treatment facility that actually has bed spaces,” or “I heard about this company that will hire ex-offenders,” that type of thing.  So that’s one way to help facilitate the reintegration process for ex-prisoners.  The theoretical idea is that if you have a structure of social service providers and non-profit organizations, these are important entities that can contribute to the control of crime.

Are projects like this common?  A lot of times professors and academics are seen as “hands off” intellectuals, sitting alone in an Ivory Tower somewhere.  Why is it important to be involved in on the ground projects such as this?

Well, different academics have different research trajectories.  I have not done a lot of applied work.  But this project is an opportunity to help a community and that’s certainly the most important thing to me.  It’s interesting from a research aspect as well.  There are research questions we can ask by trying to revitalize a neighborhood.  I mean, the whole question of “can we get the police and the community and these other entities to work together effectively,” that’s an interesting question in its own right.  It’s also important to research what it takes to foster better relationships between the police and the community.  Personally, I definitely think it’s useful to apply what I’ve learned sitting here in my office running statistical models in the service of trying to help a community.

Anything else you feel is important that I may have missed?

I would just emphasize the nature of the three year project.  It’s a well developed grant program that the Department of Justice has put together and so they’re providing the city and police and UT a year of funding to analyze the problem intensively.  And then the idea is that after people have analyzed what’s going on in the area – and here we’re not just talking about crime, we’re also talking about housing, employment prospects, etc. – we’ll collectively come together and identify what types of intervention would make sense in the neighborhood.  Then there’s the implementation phase and that has its own challenges.  And then after that UT will come in and evaluate it and see whether or not it was a success.  So it’s a big, three year effort.  It’s going to present me with some different research challenges, but I’m excited.  The Chief of Police predicted that there would be real change in the neighborhood.  There are a lot of people interested in helping out the community and the community itself is interested as well, so I’m optimistic that we can make his prediction come true.