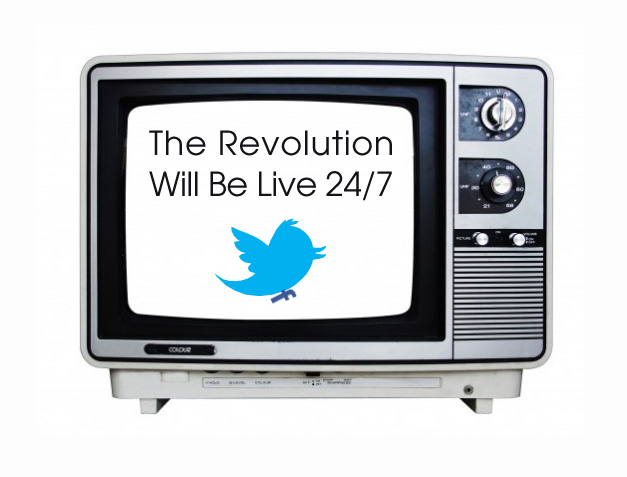 Much has been said about the ubiquity of think pieces in 2014. Think pieces – written with the intention of making the reader “think” about a given topic – address everything from Beyonce to whether Michelle Obama is a “feminist nightmare” to, even on occasion, think pieces themselves! These days, social media platforms, bloggers, and online news outlets seem to have stumbled into some kind of think piece Inception-like fever dream, leading some critics to view this obsession with think pieces as both a waste of time and a lazy means of “participating” in social movements and/or politics.

Several weeks ago, Gawker ran a piece entitled “Black People Are Cowards” in response to the release of audio of Donald Sterling’s racist comments about Magic Johnson, the players on his NBA team, and whom his alleged mistress could be seen and/or sleep with. Written by New York City recording artist, Homeboy Sandman, who also has thoughts on stop and frisk , the piece lambasts black people (and all people, generally) as cowards for failing to stand up against racism or other forms of injustice. Sandman accuses black people of being too afraid to risk losing out on earning money and/or other material possessions.

While the initial targets of his ire were the black members of the Clippers, who staged a silent protest against Sterling’s comments by wearing their team-issued shooting gear inside out and throwing their warm-ups on the center court logo, Sandman suggests that black people are “walking quietly to slavery.” He argues that black people (and, assumedly, everyone else) need to “step it up” by using social media to rally each other for real (i.e. physical rather than virtual), meaningful social action. Sandman states:

It’s almost as if people have forgotten that struggle includes struggling. You might have to lose your job. You might have to lose your life. That’s what it takes for change to happen. There’s no easy way to do this. If you’re scared to stand up for yourself, for whatever reason, all I ask is that you stop pretending. Stop with the Facebook posts. Stop with the meaningless conversations. Just stop. Be honest. About how you behave. About your part in all this madness. About what you are. A coward. Just a coward. No need to put on an act for the rest of us. We can all see right through each other.

By invoking Frederick Douglass – “If there is no struggle, there is no progress.”[1] – Sandman situates himself among abolitionists, civil rights activists, and other agitators who value action-oriented social movements, minimizing the work that can be done by sharing an article or by participating in a hashtag discussion. While I can understand the insistence that people who are marginalized must do more to push back against the system that marginalizes them, I find it a bit ridiculous to suggest that black people – who are disproportionately found to be living in poverty or just above the poverty line – should protest their conditions by staying home from work or going on strike. Call these people “cowards” all you want, but how does it help us progress as a society if the marginalized become further marginalized through these “strikes?”

As any good Marxist knows, capitalist enterprise will find a means of replacing its work force, because capitalism is very good at facilitating the growth of surplus labor. Further, Sandman’s implication that the loss of employees of color will undermine the capitalist system enough that “real” change can be achieved entirely ignores the fact that the anxieties that arise during times of abundant surplus labor are tied to norms associated with race, gender, sexuality, and class.[2] While there may be liberatory potential in capital itself – as Ferguson suggests, it is “amoral” – that does not mean that capitalism, the system, is not inherently racist and heteropatriarchal.

People of color, women, and nonheterosexual persons are marked as nonheteronormative and pathological, and therefore, when they find a place within the capitalist framework, the “universality” that has been defined by the white, male heterosexual, it becomes undone and the racial integrity and purity of the state is put at risk.[3] To suggest that professional athletes (though not even all of these individuals are “millionaires”) and the everyday “citizen” have the same capacity to challenge their employers/the system is a dangerous comparison to make and one that I simply cannot get behind. That is not how power works. Everyone exists in what Patricia Hill Collins terms a matrix of domination,[4] which allows for the visualization of the limitations that result from our various intersecting oppressions; people of color, especially women of color, become particularly vulnerable in systems like capitalism due to these matrices of oppression.

When Sandman calls for black people to stop being cowards and be willing to quit their jobs, I doubt he had urban single women/mothers in mind, despite the rise in the feminization of poverty. He mocks the assertion that people are “trying to feed their families” as though that is not a valid reason to not go on strike. Rather than trying to use capitalist logic and the market as a tool to foster change, Sandman might want to try to consider a world where capitalism is not the system we operate under at all. Personally, I do not believe that “real” change comes from making wealthy, old, white capitalists take a (likely, negligible) dent in their profits.

Further, to belittle the work that think pieces, Facebook posts or hashtag “activism” can do does little to make real change happen, whatever “real” change is; having these conversations and exposing people to other ways of thinking and viewing the world can have an impact. Bringing people’s attention to issues that are outside of the quotidian can have an impact (#BringBackOurGirls or #solidarityisforwhitewomen, anyone?). It is one thing to critique the co-opting of hashtag movements by individuals who actually possess a modicum of social power (ahem, umm, yeah and oh, okay) and another to suggest that those who use hashtag activism to amplify the voice(s) of those who do not get a say/have very little social power are doing nothing. The days of protesting and marching and sit-ins are not over – we see people do it all the time. But it is important to check our privilege as public intellectuals (or whatever identity we may subscribe to) and note that not everyone has the luxury of protesting their conditions by marching on Jena or Wall Street or Washington, D.C. or Abuja, by quitting or striking their place of employment, or by risking their life. Sometimes, the only way to protest your condition is simply to survive, to exist.

Shantel G. Buggs is a fourth-year in the Sociology department studying race, gender, sexuality, and popular culture. Follow her on Twitter at @Future_Dr_Buggs.