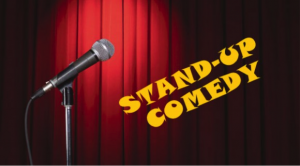 Comedians need to be sociological about their stand-up sets to have a successful performance.  They have to perceive how the crowd will react to their jokes and how the crowd will perceive them.  After performing ethnographic research at a New York City comedy club, I developed the following tips for comedians.  These tips are based on my observations of audience reactions and informal conversations with comedians and staff members at the comedy club.  They depict sociological tools comedians can use to support the social construction of laughter during a stand-up routine.

Tip #1: Begin with a self-deprecating joke about your personal appearance.

Most comedians begin their act with self-deprecating humor that deals with the comedian’s heritage or appearance.  One comedian, who is pale and lanky with glasses, always starts his set with, “I know what you’re thinking, ‘Can this guy fix my computer?’ ”  Another big, Italian comedian starts with, “Hey tourists, this is what New Yorkers look like.”  One bald comedian tells a joke about looking creepy when he takes his daughter to the playground, then points to any bald guy in the audience and says, “See you next Monday at the meeting.”

This self-deprecating humor sets the tone for the show.  First, it connects with the audience’s awkwardness.  Instead of ignoring the fact that they look like they belong on the Sopranos or they look like a computer geek, they put it out there themselves.  They let the audience know it’s okay to laugh at them.  Since many stand-up acts are about the comedian’s personal life, starting out by making fun of themselves shows the audience that  yes, you can laugh at me and with me.  Also, the comedian expresses to the audience that he (the majority of comedians I observed during my research were men) thinks like them.  He understands how he looks to the crowd and wants them to know he is similar to them. “A performer often engenders in his audience the belief that he is related to them in a more ideal way than is always the case,” according to Goffman (1959: 48).  By making any physical differences explicitly clear, a comedian shows the audience that they observe the world in a similar way.

At some point during a comedy show, the audience is required to respond to a comedian’s crowd work (speaking directly with the audience).  The MC, or person who opens the show and introduces the comedians, warms up the crowd by asking questions, such as “Where are you from?” or “Who’s married?”  He is a kind of sociologist, trying to decipher the age of the crowd and what kinds of jokes they might like.  Although most comedians do not tailor their sets to specific audiences, they will change the order and emphasis of jokes if they are getting very little response. They can quickly change their minds about jokes by pulling in cues from the audience.  By asking questions, comedians get a feeling for the crowd and whom they are performing for.

In theater, “breaking the fourth wall” is when an actor speaks directly to the audience.  The actor is usually on a raised stage, peering down at the audience sitting in rows a few yards away from the stage.  In a comedy club, the comedian is alone on a tiny platform, standing in the center of tables less than a foot away.  While theater audiences are not supposed to respond directly, the comedy club audience is an integral character within a standup routine.  As one comedian put it during a slow, late Saturday show, “I think I’m feeding off your energy, which sucks.  The other crowds tonight have been awesome, so you’re going to have to laugh a lot harder if you want me to tell jokes.”  Comedians need audience members to play their role in a comedy club: a subordinate actor who is essential to the outcome of the show.

Goffman speaks of the subordinate role comedy club audience members must take: “Subordinate involvements are sustained and muted, modulated and intermittent in fashion, expressing in their style a continuous regard and deference for the dominating activity at hand”(1959: 44).  Audience members need to give themselves up to the performance and defer to the comedian as the dominant actor, responding when the comedian offers cues and remaining quiet at other times.  By using crowd work, comedians can define the fourth wall of the comedy club and control the audience responses.

An example of how a comedian uses crowd work is when they ask the crowd where they are from or what they do, and quickly turn their response into a joke.  The audience’s job is to respond when asked, but be quiet when the comedian moves on.  For example, one comedian asked audience members if they are from out of town and where they are from.  Then she makes a joke about how tourists always walk too slowly in New York.  Although she asked an audience member to participate earlier, she does not want a response after her joke, other than laughter.  By starting an act with these kinds of jokes, comedians train the audience to respond to cues and uphold the norms of stand-up routine.

Tip #4: The comedy style determines the style of laughter.

Comedians develop different styles of stand-up that affect the amount and timing of laughter.  According to Goffman, “The performer can rely upon his audience to accept minor cues as a sign of something important about his performance” (1959: 51).  Some comedians have well-defined “punchlines” to end each joke, and generally pause for a sip of their drink, to glance at their notes, or wait for the audience to stop laughing or clapping.  For comics, these cues tell the audience that it is a socially acceptable time to laugh.  This is when you are supposed to respond.  The laughter is thus unified in these acts.  While “punchline” comedians are not guaranteed to have a positive response during these pauses, the laughter they do receive is clumped together, making it seem loud.

Another style of stand-up comedy does not have these triggers imbedded within the sets, so the audience response is more spread out.  This kind of comedian is extremely high energy and says a splatter of jokes at once, speaking very quickly.  (Think Robin Williams.)  The comic will pause for a sip of a drink or to look at notes, but these pauses are not at the end of defined jokes.  One such comedian relies on very selective audience participation.  He starts a conversation with someone, makes fun of that person, refers to a past joke, and makes a new joke in almost one breath.  Throughout the entire exchange, members of the audience laugh and nod along, looking at each other to say, “this dude is crazy!”  The reactions are positive, but there is no specific cue for everyone to laugh at once, so the laughter seems lighter because it is more spread out.

The last style of comedy is story telling.  These comedians tell long stories with small sarcastic jokes in between and a punchline at the very end, using a mix of high energy and punchline styles.  Most of the comedians I observed followed this style.  The laughter was scattered during the story and ended with the punchline.

Throughout my research, I could not ascertain whether one style of comedy was better than another, only that the style of laughter during the show changes according to the placement (or lack of placement) of punchlines.

Following these four steps will ensure that a comedian has trained the audience into the proper behavior in a comedy club.  The content of jokes, people in the crowd, and organization of the club also influence audience reactions, but these four steps are under the control of the comedian and can easily be adapted into any routine.