By Phyllis Frye and Thatcher Combs, for the Houston Chronicle 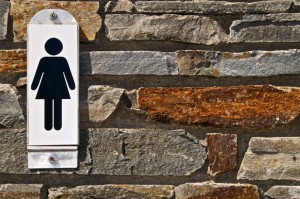 Phyllis Frye, the nation’s first transgender judge, now presides over a Houston municipal courts. Before that, she was a transgender activist, and as a lawyer, represented many people in the LGBT community. In the wake of voters’ rejection of Houston’s Equal Rights Ordinance, and as a 13-year-old Dallas ordinance protecting transgender rights came under fire, she writes:

In 1980 I was a law student at the University of Houston, doing an internship at the Harris County District Attorney’s office. Even though my office was on the tenth floor of the DA building, the only restroom the DA’s staff allowed me to use was on the second floor. Each time nature called, I had to get by a guard, since the second floor was secure, then walk past a long row of secretaries.

So I did not use it. The results were many “accidents” and, by the end of that semester’s internship, blood in my urine from a bladder infection.

As to the current hate campaign of Houston Equal Rights Ordinance, I remain puzzled why few pro-HERO commentators mentioned the then and now, still applicable, city restroom ordinance which reads as follows:

City of Houston Ordinance Sec. 28-20
Entering Restrooms of the Opposite Sex:
It shall be unlawful for any person to knowingly and intentionally enter any public restroom designated for the exclusive use of the sex opposite to such person’s sex without the permission of the owner, tenant, manager, lessee or other person in charge of the premises in a manner calculated to cause a disturbance.

Clearly each offender depicted in the recent bathroom TV ads did “knowingly and intentionally enter any public restroom designated for the exclusive use of the sex opposite to such person’s sex” “in a manner calculated to cause a disturbance” and was in violation of the existing city ordinance.

In the early 1990s, the Houston police were arresting many transwomen for using the women’s restroom. I advised any who contacted me to “set it for a jury trial” and to testify to the jury that they were only entering to urinate in a locked stall and not to cause a disturbance. Each was found not guilty, and the police quit the arresting of transwomen for that offense.

I also remain puzzled why few mention the state criminal statues that made each offender depicted in the recent bathroom TV ads a criminal. The crimes of indecent exposure and public lewdness, and unlawful restraint (especially of a child) range in punishment from 180 days in county jail to two years in a state jail facility.

There is too much hate in the air over a person’s need to lawfully empty their bladders or bowels in a private and locked bathroom stall.

Thatcher Combs, a transgender graduate student in sociology at the University of Texas at Austin, writes:

The bathroom issue might strike many as a trivial matter, but for many trans people, myself included, choosing which bathroom to use is not trivial at all. This decision usually comes down to whether we “pass.” Every day, those of us who meet or exceed society’s expectations about gendered appearance norms enter public bathrooms without notice. Would anyone bat an eye if Laverne Cox entered the women’s room or Chaz Bono used the men’s room? Of course not.

But for many of us, the choice of which bathroom to use can be a life-or-death decision. Those of us who cannot, or do not, fit into the categories of “male” or “female” are the ones who bear the brunt of the strange looks, outrage and violence. The perpetrators of these acts toward us are not the “perverts” declaimed by the opponents of LGBT rights. They are the people who refuse to accept gender variance and insist that everyone conform to rigid notions of how men and women ought to look and behave.

It is true that violence against women and girls is a real problem in our society. But instead of discriminating against trans people in a misguided effort to protect women, our collective efforts ought to focus instead on why our current social norms for gender, especially for masculinity, victimize women.

The fear of the man in women’s restrooms, misunderstanding of trans people, and the violence women experience in society are all linked. Gender and sex are still understood to be biologically based and naturally given. Thus we say “boys will be boys” and “girls are feminine,” yet these childhood tropes also morph into the right for men to be violent and for women to be ever vigilant about their bodies.

Unfortunately, the defeat of HERO may be a signal that any form of national equality legislation that includes trans people cannot be won by popular vote. More importantly, the “no” vote from Houston should act as a wake-up call for the LGBT movement.
In the past, gays and lesbians fought under the slogan of “Just like you,” emphasizing their conformity to society’s mainstream values and beliefs. If the LGBT movement is to work toward bettering trans lives, it might be time to change tactics and fight for loosening gender norms that restrict all people.