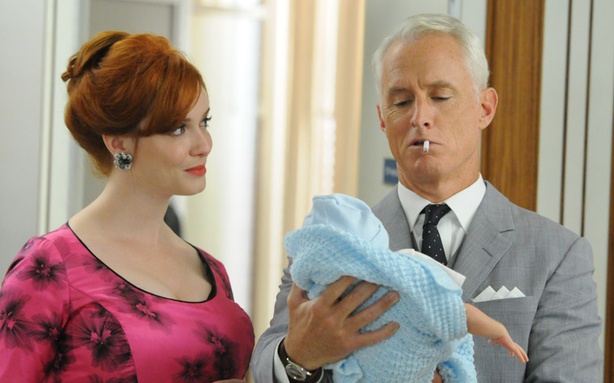 Mad Men has returned–and with it, the love/hate relationship with Don Draper and the rest of the ad executives of Madison Avenue, whose lives are increasingly impacted by the many events of the tumultuous 1960s. In the midst of this artistic recreation of one of the most overly romanticized periods in recent U.S. history, both the subtle and extreme inequalities of race, class, and gender explode off the screen. Contrary to those of us cultivating the sociological imagination, the popular cultural imagination tends to view these instances of racism, sexism, and classism as relics of some distant era, a subject for armchair historical curiosity and little else. While the Trayvon Martin case and Occupy Wall Street have each in their own ways brought aspects of race and class back onto the popular radar, it remains to be seen if or how feminism (and issues concerning women in general) will figure in political debates during this presidential election year.

A period television drama might seem like an unlikely site from which to seek to spur such conversation. However, its portrayal of the issues facing working women is much more than a rose-tinted glance towards the past. Particularly in Joanie’s character this season, we see the struggles facing women who want both a family and a career—struggles that are far from resolved in the contemporary U.S. A poignant scene from the premier on Sunday night shows Joan visiting the office before her scheduled return with her newborn in tow, eager to resume her duties as a highly influential woman in the firm. Fearing that her job may be in jeopardy, she tears up in Mr. Price’s office, telling him that she loves her baby, but constantly thinks about what’s happening there and wishes she could return already.

This is no anachronistic exchange or dilemma. Although progress has been made since the 1960s, the choices facing women who become mothers and want to maintain their careers are still far from adequate. State laws and corporate policies do vary, but the federal mandate established by the Family and Medical Leave Act of 1993 provides certain employees with just 12 weeks of annual unpaid leave for all public institutions and businesses with over 50 employees. The United States is now one of only 4 countries worldwide with no mandatory parental leave policy.

As I have studied the literature on urban poverty in the United States in one of my seminars this semester,  one theme that consistently emerges is the serious consequences for men (in terms of their sense of self-respect, behavior, and family dynamics) when they aren’t employed (Bourgois 1995; Anderson 1999). Meanwhile, within this same body of work, comparatively little attention has been paid to how women in particular experience un(der)employment either in periods of economic downturn or (temporarily or permanently) following childbirth.  There is an implicit assumption that the value of (paid or unpaid) work outside the home for women must somehow be less important or different. But is this true? If we want to find out, not the fictional Joanie but her very real counterparts deserve more sustained attention.

Pamela Neumann is a PhD student in the Department of Sociology and a regular Mad Men watcher.