One of the most important things graduate students can do while in grad school is to take as many methodology courses as possible. This advice is given to us by our mentors, faculty and older graduate students. Yet no matter how many methods classes you take, it is impossible to master every method – getting one down is difficult enough. While mastering one method lasts some researchers their entire academic lives’, others venture into different types of questions and units of analyses that warrant the use of new methods. What happens, though, when you are out of graduate school and want to change methods? How do you go about this change? Navigating the different assumptions, techniques of data collection and analysis of a new method can be overwhelming. However, it is something that can and has been done. Professors Michael Young, Néstor Rodríguez and Sheldon Ekland-Olson joined the Power, History, and Society Network (PHS) to describe how they transitioned into new methods. Each provides a piece of the puzzle to better understand how sociologists can change methods, even without prior graduate training. 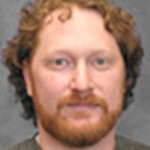 Of the three panelists, Michael is the most recent to transition to a new method for a project he is currently working on. His training in graduate school was oriented toward the study of old social movements using historical sociology. Specifically, he was trained to map the trajectories of different movements to get at the causal sequence of events (e.g. how the morality and religious schemas of the evangelicals helped to mobilize them during the antebellum era). Michael has recently shifted to studying the DREAMers – a group of immigrant rights’ activists who are concerned with helping undocumented immigrants that were brought to the U.S. as children and attended school in the U.S. However, because the DREAMers and their activities are an ongoing phenomenon, Michael understood that he could not rely solely on his training in historical methods to study this group. Instead, he decided to learn about ethnographic and interviewing methods. This posed a problem for Michael, since studying an active movement followed a different logic than studying something that already had an outcome (and analyzing how and why that outcome came to be). To resolve this dilemma, Michael turned to Professors Javier Auyero and Harel Shapira and asked them both to give him a list of their favorite ethnographies. Once he obtained these lists, Michael read and studied the exemplars of ethnography, keeping these books on his nightstand for easy access so he could read them nightly. Reading these exemplary works, coupled with his interactions with the DREAMers has helped Michael transition from historical sociology to ethnography and given him new insights into the complexity of this new social movement. 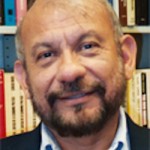 Néstor Rodriguez’s transition between methods took a slightly different trajectory than Michael Young’s. Michael’s was a constant transition between historical work, interviews and surveys. Nestor’s graduate work was focused on tracing the trajectory of migration in relation to capitalist growth, combining historical methods with theory building. In his post doctoral research, Néstor began studying Mayans from the Guatemalan Highlands who were migrating to Houston, Texas. It was during this project that Nestor began to incorporate fieldwork into his research. Later on, Néstor also began to use more quantitative methods – surveys and data sets- in order to study deportations. In the past year alone, he has published two articles on El Salvador using surveys, a book (coming in January 2015) that incorporates fieldwork from Guatemala and is a return to his first love of historical sociology.  When asked how he was able to incorporate so many different methods, Néstor stated that an important key could be found in co-authorship. Co-authoring with other researchers that are more adept at various methods allows for the successful incorporation of those methods.  Similar to Michael’s approach, Néstor also recommended that students considering a transition to new methods should read widely in sociology.  That will allow them to become familiar with different sociological methods and their implicit logic. 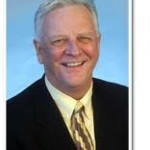 Sheldon Ekland-Olson has done research using various methods throughout his career. His earliest work was heavily quantitative and was among the first to incorporate dummy variables into the research. This was largely influenced by his math background and because he came into graduate school as a student of methods. Sheldon’s first shift occurred during his time in law school, as he finished his dissertation. During his research, he became involved in learning about the rights of those who were institutionalized, which led him to spending time in prisons. It was through this experience that Sheldon began studying Texas Prison Reform, using quantitative methods along with qualitative methods to learn about the lived experiences of the prison inmates. His most recent work on life and death decisions uses historical methods to study the boundaries of social worth when people are faced with different issues such as: abortion, neonatal care, assisted dying and capital punishment. For Sheldon, switching methods was something that was necessitated because he believes that you should let your problem determine the method that you use.  Sheldon’s advice is derived from his own experience: you should delve into different projects and learn new methods by striving to answer different questions.

A Few Warnings about Transitioning Methods from the Panelists