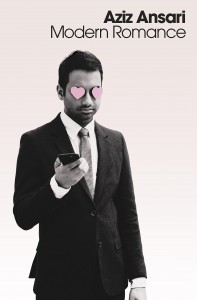 Modern Romance assumes a consistency of dating experience across race that is problematic. Assuming that people of color have had the same experiences as, or with, white people with online dating is critically irresponsible and is contradicted by the research. White millenials in particular have proven time and time again they are not as progressive as they are assumed to be, including in who they choose to date (or exclude from dating).

Even best-selling author and OKCupid co-founder Christian Rudder notes the continued role of racism in the chances of finding a partner online in his book Dataclysm and on the blog OKTrends. He reiterated this fact again during a Q&A at the 2015 meeting of the American Sociological Association in Chicago that I attended. When Helen Fisher of Match.com suggested that online dating had wiped out prejudice, he was quick to correct that misperception. Given the widely known and easily available data on race and online dating, the disappearing of race from Modern Romance’s analysis is all the more curious. This colorblind approach does little to help us understand contemporary intimacies that begin online and does even less to advance sociological understanding of modern romance.

Read more over at Racism Review.