Recently, the Center for Women’s and Gender Studies hosted a productive and stimulating academic conference entitled “The Feeling Body.”  With the emerging attention the body and affect are receiving in research, this was a great chance for graduate students across disciplines to generate new conversations around the ways in which the body shapes knowledge.  Below we offer brief abstracts of the eight sociology 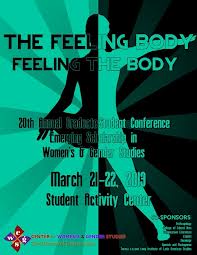 Caitlyn Collins:  “Some Girls, They Rape So Easy”: Conservative Discourses on Abortion and Rape in the 2012 U.S. Presidential Election

The United States has a sordid history of controlling women’s reproductive rights – ranging from forced sterilization to regulations on abortion. Most recently, the debate over abortion in the context of rape took center stage during the 2012 Presidential election. Republican politicians polarized voters by voicing their support for mandatory ultrasound laws, which would require women to have an ultrasound prior to obtaining an abortion, often vaginally using a probe – even for victims of incest or rape. Based on these lawmakers’ comments, what do the American people learn about conservatives’ opinions on women and their bodies? What are we taught to believe about women? And how might women feel in hearing these comments? I employ a feminist sociological perspective to examine Republican politicians’ comments during this past election in order to understand larger conservative discourses on abortion and rape. I examine six dominant themes in their rhetoric: pregnancy from rape is rare; sometimes women ask to be raped; sometimes women don’t know what rape is; some women lie about rape; legitimate rape can’t produce a pregnancy; and some rape is intentional because the product is a gift. I argue that these claims and larger discourses (a) are instruments of patriarchal social control over women’s bodies, (b) are forms of sexual violence and sexual terrorism, and (c) contribute to rape culture in the United States.

Juan Portillo: “You Better Not Get Pregnant!”: Epistemic violence and the regulation of Chicana students’ integration to higher education

In this paper, I center the brown, female bodies of six Mexican American students at The University of Texas at Austin as the site where social structures and ideologies are contested as they navigate a privileged space that has been imagined without them in mind (Puwar, 2004). I uncover the racial, gender, and class bias that members of the university take for granted by looking at the students’ identity formation and meaning making practices. I pay attention to their identity construction practices because these: (a) reveal the different strategies and cultural resources the students must use to overcome the racial, gender, and class barriers of the institution; and (b) reveal the racial, gender, and class microaggressions that students and professors perpetrate on the students to discipline and position them as subordinate. Concurrently, I look at the students’ experiences through a Chicana feminist lens, particularly Gloria Anzaldua’s (1987) concept of mestiza consciousness, in order to better understand their ambivalent and liminal social position. In addition, Chicana feminisms allow me to see the body as a site of potential theorizing (Cruz, 2001) and understand subjective personal experience as useful knowledge. As Paula Moya writes: “Since identities are indexical – since they refer outward to social structures and embody social relations – they are potentially rich sources of information about the world we share” (Moya, 2002, p. 131).

Mixed race individuals in the U.S. consistently must negotiate their racial identities in relation to changing social contexts; the ability to shift and “perform” different racial identities has the potential to not only challenge hierarchical racial orders, but can cause strife within the individual’s family and friend groups.  As Azoulay describes in Black, Jewish and Interracial, passing or identifying more so with one racial group can be considered a “rejection” of other racial ancestry. This project utilizes an autoethnographic approach to explore the impact of larger racial/ethnic categorization on the experiences of mixed race individuals in terms of individual identity and familial/cultural group obligation(s), focusing on an incidence of public policing through a popular social networking platform and the invocation of racial obligation by white friends and family members. I analyze how racism manifests within the interracial family, how racial loyalty and obligation are used as means of regulating mixed race identity performance and how these negotiations affect the mixed race individual.

Kate Averett: The Family as Assemblage: Toward a Queer Approach to Family Studies

Changes in family structure in the U.S. over the last several decades, including an increase in single-parent families and the increasing visibility of families headed by LGBTQ parents, have resulted in increased attention among researchers to the definition of family. This paper is considers the implications for theoretical understandings of the family for social scientific methodologies of family studies. Drawing on queer theory, particularly the work of Sara Ahmed, Michel Foucault, Judith Butler, and Jasbir Puar, I propose that in order to better understand the multiplicity of experiences of the family, social scientists would benefit from an understanding of family as an assemblage of embodied relationships. I argue that this approach to studying the family allows for a more intersectional approach to the study of families, one which takes into account the variety of embodied experiences that exist within families along axes of race, class, gender, sexuality, and age. In particular, I argue that such an approach allows more fully for an accounting of the experiences and contributions of children to family life.

Kristine Kilanski: When women “gain,” men lose?: An analysis of reader responses to news reports on the changing gender compositions of the workforce

In 2009, news reports were released announcing that women were about to outnumber men on nonfarm payrolls for the first time in U.S. history. In this presentation, I provide a brief overview of the push and pull factors that contributed to women’s increased labor force participation in the 20th century, and contextualize what this announcement said about the economic, historical, cultural and sociological moment in which it occurred. Then, I analyze reader responses to news articles announcing the changing gender composition of the U.S. workforce. The reader responses provide insight into the backlash women face when they are perceived to be making “gains,” and reveal longstanding stereotypes and cultural expectations of men and women’s “roles.” However, the comments also reveal alternative narratives about women and work, and that people are engaging critically with capitalism itself and the consequences of so-called economic “progress.” I argue that some of the media reports on changes to the gender composition of the workforce contributed to the false notion that the U.S. is a post-gender society, one no longer in need of feminism.

Anima Adjepong: What do you call a white woman with one black eye? Alternate readings of bruises on women rugby players

Conventionally, women, especially middle class white women, are expected to fit within a paradigm of heterosexual femininity that renders them meek and mild mannered. Bruises are a visible mark of a departure from norms of white heterosexual femininity. This paper explores the ways that bruises are legible on different women’s bodies. Using data from in-depth interviews with women’s rugby players, I ask players about their bruises and how they experience these bruises outside of a sports context. How do they interact with strangers and intimates who see their bruises? When players display their bruises, depending on how they fit into the discourse of passive heterosexual white femininity, they simultaneously challenge the idea that women’s injuries are a result of domestic violence and reproduce the idea that white women’s injuries are the result of violence perpetrated against them. The different ways bruises are legible on women’s bodies are imbued with racial and class stereotypes about the women who sport bruises. I employ an intersectional analysis to examine how white women who play rugby reproduce and challenge ideas about violence and femininity, and allow for a rethinking of the functions of white privilege

This essay critically assess the research related to sexual violence, distorted body image, and disordered eating behaviors among Black women. While sociological research dedicated to the linkages between sexual abuse and eating behaviors among women is limited in general, it is especially sparse in regards to Black women.  Using a Black feminist approach that utilized fictional representations—Toni Morrison’s The Bluest Eye—as well as autobiographies—Stephanie Covington’s Not All Black Girls Know How to Eat—in conjunction with scholarly research this essay makes the case that there is a growing need for research that pays close attention to these processes among Black women. A 2009 study conducted by Goree and colleagues revealed that African American, and low-income women, both Black and White, were at a higher risk to the development of and persistence in bulimic behaviors. This quantitative study, as well as the literature reviewed in this essay point to a need for qualitative research that focuses on mechanisms that lead Black women to bulimia including experiences of sexual violence, racism and discrimination.

In this paper, I suggest that Rihanna’s song and video performance “S&M” is a playful acknowledgement and critique of the ways in which her sexuality gets taken up and portrayed in the processes of commodification of her as a black female pop-star. Using Black feminist theory and critical race theory, I argue that Rihanna’s performance can be read as an attempt to push back against the confines of the racist and misogynistic tropes that render black female sexuality as always and already degenerative and deviant and the historical practices of resistance that some have argued renders black female sexuality nonexistent.