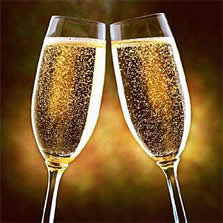 Based on survey data and interviews, researchers revealed that married men reported consuming the lowest number of drinks, compared with single, divorced, and widowed men, in part due to their wives’ lower levels of drinking. However, married women consumed more drinks than long-term divorced or recently widowed women, probably because they lived with men who had higher levels of alcohol use.

For a feature of the study, visit CBS News.